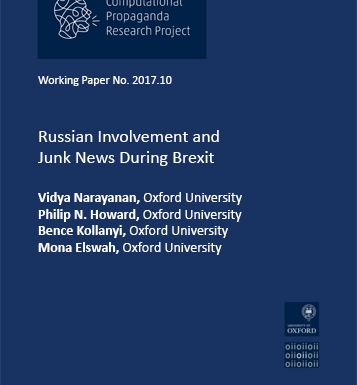 Several prominent UK politicians are concerned about the role of Russian troll and bot accounts in public conversation over social media during the Brexit debate in 2016. Looking at our archive of Twitter conversation we find that (1) the Russian Twitter accounts shared to the public, contributed relatively little to the overall Brexit conversation, (2) Russian news content was not widely shared among Twitter users, and (3) only a tiny portion of the YouTube content was of a clear Russian origin. It is possible that there are other accounts, not yet discovered, that influenced Brexit conversations, and that there was other activity on platforms like Instagram, or Facebook. We conclude with some observations about the impact of strategically disseminated polarizing information on public life.